It is now almost a decade since I began my involvement with peace education. A journey that began in Toronto when I was a radio journalist in 2007 covering the trip of four comfort women survivors who were brought in from China, South Korea, the Philippines, and the Netherlands to testify in the Canadian parliament for the experiences they encountered as comfort women. The motion was then passed unanimously in the House of Commons. The Chinese comfort woman survivor Liu Mianhuan passed away five years ago without receiving the apology she had been fighting for. While Grandma Liu was speaking on a university campus in Toronto, I still remember vividly that she quickly broke into tears but still insisted to hold her tears and tell her painful experience as she told the organizer that she wanted people to know what she and comfort women went through. Her story and courage began a journey for me of self-learning and ignited my own determination that all of us must know what happened and that learning from the past can help shape our future.

During my trip to places like Harbin and Nanjing as part of the ALPHA study tour to explore past war atrocities in Asia in great depth, it helped me reflect much further as an Asia-based peace educator through talking to local survivors who experienced the atrocities first hand and revisiting some of the sites where these regional war crimes took place. When I was speaking to victims of the Japanese military’s germ warfare and anthrax attack in our journey, it was indeed impossible to fathom the enormity of the biological warfare, and how can one imagine the human experimentation one went through at the horrible Unit 731 site in Harbin? The victims of lethal human experimentation—such as vivisection and frostbite testing—include mothers, fathers, children and elderly. They all have hopes and dreams and all with their own unique history.

In this two-week journey, I was lucky to be able to listen to some amazing survivors, such as Mr Gao Xiongfei who lost his arm (so as his beloved mother) during the Yong’an Bombing in 1943. While this year marks the 80th anniversary of the more-widely-known Nanjing Massacre, many locals in China as well as others who study WWII history rarely heard about this tragic indiscriminate bombing of the Fujian Province’s wartime capital. Throughout its aggression towards China, the Japanese military violated international laws and used aerial bombardment as a key measure to massively kill innocent Chinese people. It launched indiscriminative bombings in more than 900 cities and vast rural areas in China, causing huge losses to the Chinese people’s lives and properties. Replacing Fuzhou as Fujian’s temporary provincial capital after it fell to the Japanese, Yong’an was particularly intensively bombed with heavy innocent casualties more than seven decades ago. Listening to Mr Gao’s as well as other survivors’ tragedies always reminded me that we must always remember that to listen to a witness is to BECOME a witness. 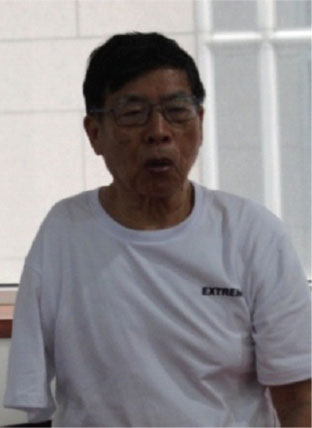 Mr Gao Xiongfei lost his right arm when he was 4 during Japan’s indiscriminate bombing of Yong’an. A child survivor, he was one of the WWII survivors who shared his stories with us in Beijing this July.

In Beijing, when I was learning about the heavy casualties and painful stories in the now-forgotten 1943 Yong’an Bombing with my fellow participants, I was thankful for being opened a small window onto a world that would be hard to be imagined today. Furthermore, I was able to meet and learn more from other educators, media friends and peace activists from multiple locations in North America. I would like to thank Mr Don Tow for his amazing efforts at putting this unforgettable study tour together, as well as his constant help and kind support. 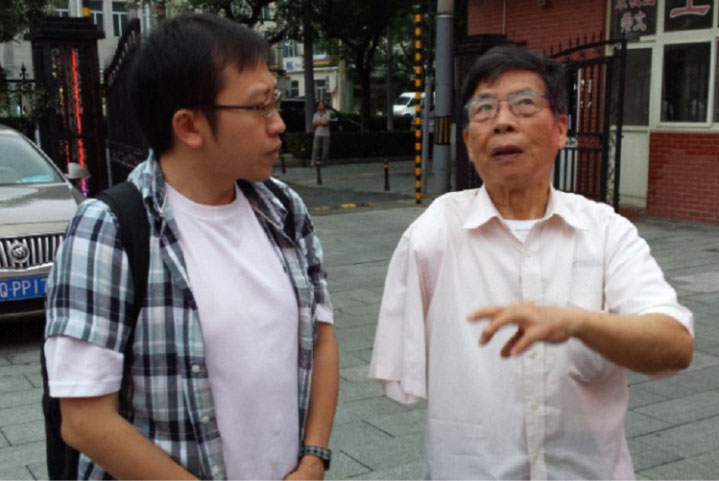 Now on my office desk in the Holocaust Centre, there is a quote that I always keep with me: “We must record these things that were forced upon us.” These are the words of the first Korean comfort woman survivor who came forward after the war to testify her experience as a victim of the war sex crime. 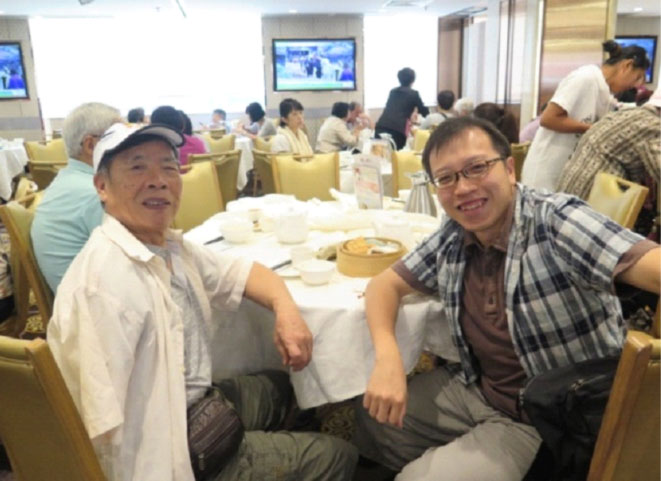 Reunion with Mr Gao in Hong Kong in August 2017