December 7-8, 2012: A major conference “75th Anniversary Commemoration of the Nanking Massacre” was held at Brookdale Community College (BCC). It was co-sponsored with BCC’s Center for WWII Studies and Conflict Resolution and the NJ Commission on Holocaust Education. For the conference’s complete program, click Program-Final. It received rave reviews by all participants. Here are two written responses received:

– Jerry Iacangelo: “It was fabulous. What a history lesson! Every speaker was brilliant. It was a thrill to meet the “Torn Memories of Nanking” filmaker Tamaki Matsuoka after the movie. I thanked her and applaud her courage. … Robin Lung: A fascinating charismatic woman with a deep passion for her story. … The comfort women: very touching how these women never lost their dignity or grace. You just want to climb into the screen and hug one of them. … The teachers and the student: I’m very impressed with the teachers and even more so by Michael Carter who was very eloquent in his speech. … Japan hurts itself by not acknowledging its evil past. Even Gorbachev ultimately admitted Russia’s role in the Katyn massacre of the Polish military officers. That was good for Russia. … With programs such as this, no one can deny what happened in Nanking.”

– John McLaughlin: “I am almost a a loss for words to describe my enthusiasm for this conference. What a tremendous amount of work and what great speakers. Congratulations on a superb job. I joined the Alliance and would love to play a part in its activities in some form. I have a strong interest in Chinese history. One of the strongest impressions of my research is that there are two countries that were poorly treated by the Allies in WWII, China and Poland.”

One of the highlights of the conference was the showing of the film “Torn Memories of Nanking” and the talk by the film director Tamaki Matsuoka. Ms. Matsuoka is a most remarkable woman who dedicated the past 24 years of her life to find out what happened during the Nanking Massacre. She has interviewed over 300 Nanking Massacre survivors and over 250 former Japanese soldiers who were involved in the Nanking Massacre. For more information about her, click here.”

Another highlight was the talk by our local 89 year-old Nanking Massacre survivor Mr. Chu-Yeh Chang. In spite of the pain recalling that terrible part of his life experience, he was brave and gracious enough to give us another presentation on that subject. The “Reference Information” page of this website contains both the English and Chinese transcripts of a similar talk he gave at the 70th Anniversary Commemoration of the Nanking Massacre.
To honor two people who have dedicated a large portion of their lives to reveal the truth and to educate the world about the Nanking Massacre, NJ-ALPHA presented two special recognition awards to Mr. Chu-Yeh Chang and Ms. Tamaki Matsuoka. 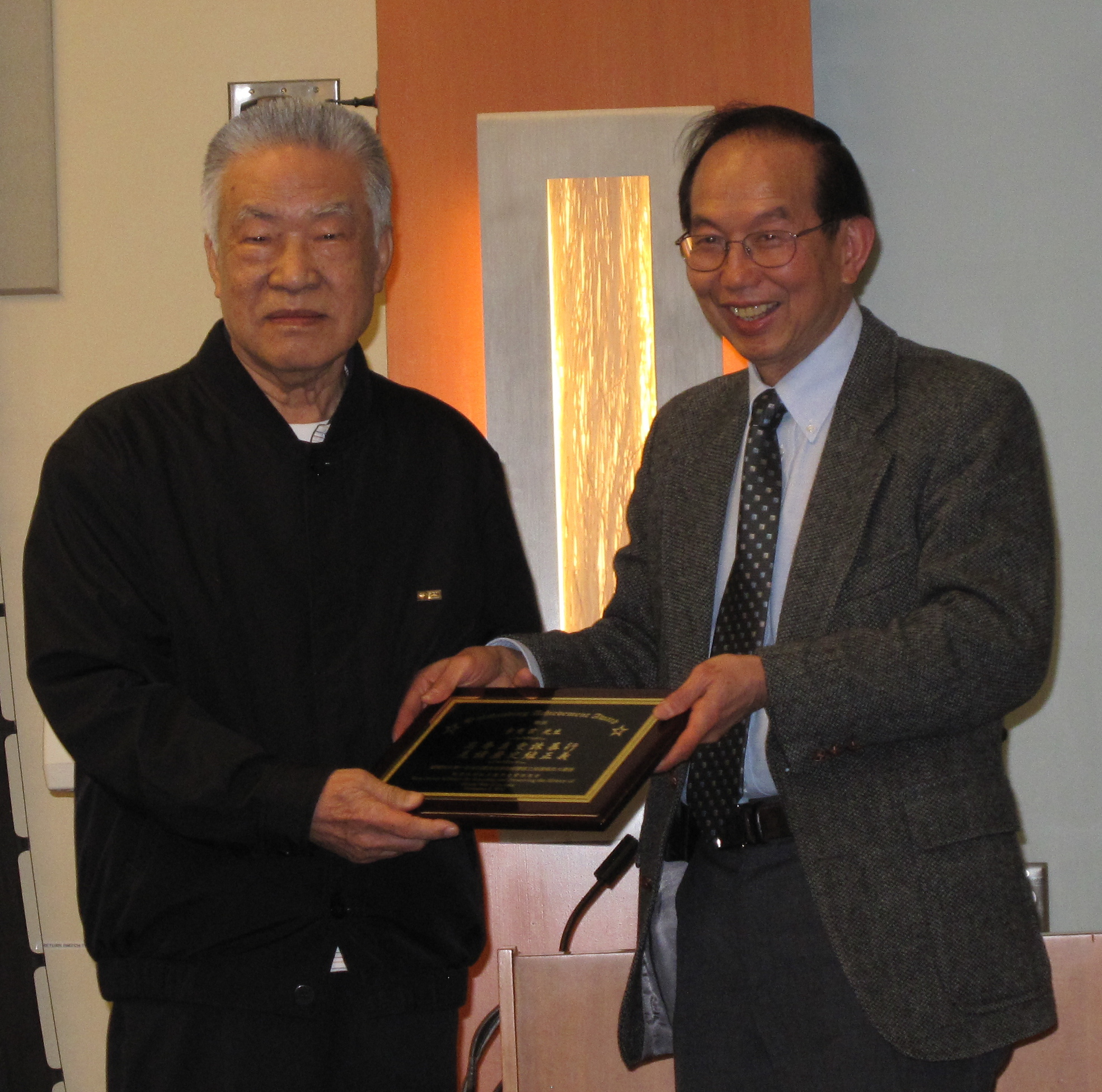 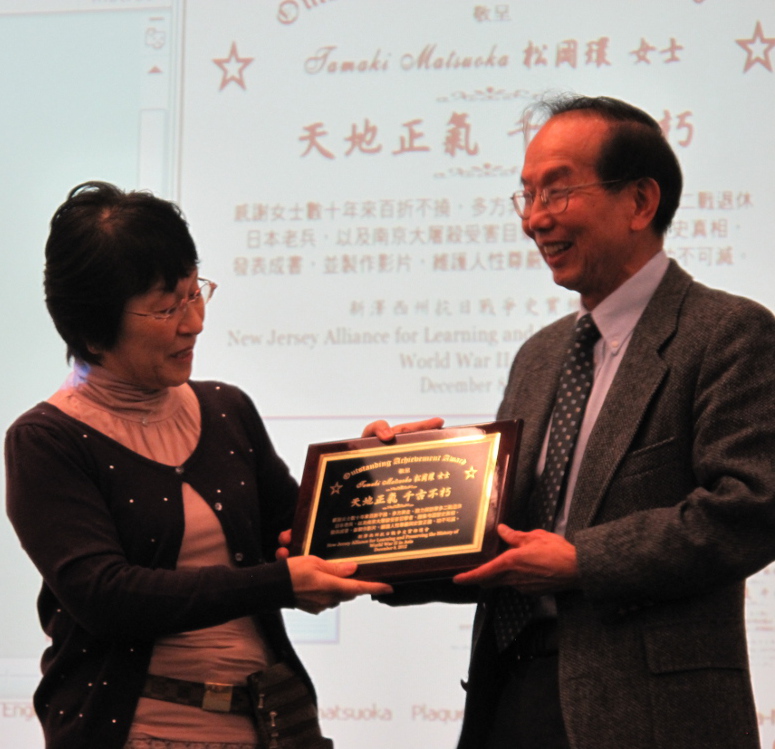 For the wordings (both Chinese and English) of the awards, see below:
– For Mr. Chang’s plaque, Chinese words, click Chang-Chinese
– For the English translation of Mr. Chang’s plaque, click Chang-English
– For Ms. Matsuoka’s plaque, Chinese words, click Matsuoka-Chinese
– For the English translation of Ms. Matsuoka’s plaque, click Matsuoka-English